Thai Chili Pepper, also known as Capsicum annuum, comprises a wide variety of generally small chili peppers that carry a lot of heat. Its Scoville heat units range from 0 to 100,000 SHU. It comes in several shapes and sizes, depending on the specific variety. There are at least 79 known varieties of the pepper that have appeared from three species in Thailand. The pods are generally slender and tapered. Its skin is smooth and waxy and is green when ripe and bright red when mature.

Thai Chili Peppers have been widely incorporated into traditional Thai cuisine since their introduction to Southeast Asia in the 15th and 16th centuries.

Although the different varieties of pepper differ in the specific nutrients and compounds, most are rich in an array of vitamins, minerals, and antioxidants.

Although the different varieties of pepper differ in the specific nutrients and compounds, most are rich in vitamins A and C, which are antioxidants that can boost the immune system, help prevent vision loss, and increase collagen production. It also contains fiber, copper, potassium, vitamins B6 and K, and capsaicin, which is a chemical compound that has been shown to increase energy expenditure throughout the day.

Despite their potential health benefits, hot peppers should not be consumed by individuals with inflammatory conditions of mucous membranes, notably gastrointestinal disorders like acid reflux or peptic ulcer. But its side effects are not limited to the digestive system.

Common side effects of eating hot chili peppers include: 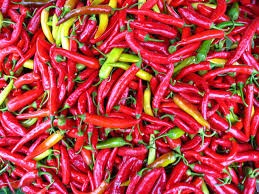 Here are the locals near you selling fresh Thai Chili Pepper:

Choose what goes in your box! Hood River Organic is proud to be a cooperative.. 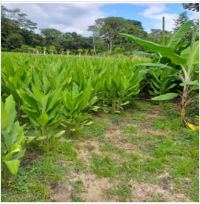 Gwangju Republic of Korea. (61025)
Our farm shares in Northern Philippines currently are in season now, and have..