It is commonly eaten as fresh fruit and mixes well with other fruits in fresh fruit salads or fruit cups. The fruit is also commonly used to make jam, jelly, and chutney, and is often served poached in light syrup. The fruit is sometimes canned or processed into confections. Many people use loquats to create sauces and other juices since the acidity goes well with the sweetness, another reason why they are popular for making pies and other pastries.

Loquats can also be used to make light wine. They are fermented into a fruit wine, sometimes using just crystal sugar and white liquor. They are also used in juices or smoothies.

The loquat is low in sodium and high in vitamin A, vitamin B6, dietary fiber, potassium, and manganese. Loquat contains flavonoids and carotenoids which act as antioxidants that help reduce the risk of serious diseases such as cancer and heart disease.

Loquat fruits, seeds, and leaves have a wide variety of health benefits like:

Like most related plants, the seeds and young leaves of the plant are slightly poisonous, containing small amounts of cyanogenic glycosides which release cyanide when digested, though the low concentration and bitter flavour normally prevent enough being eaten to cause harm. Loquats may also cause allergic reactions. Reactions may be mild, but in severe cases loquats can cause anaphylaxis (loss of breathing). 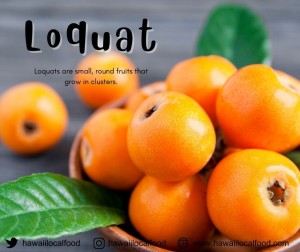 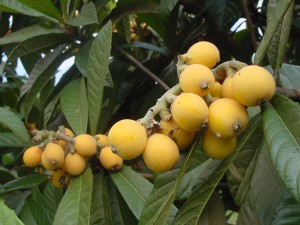 Here are the locals near you selling fresh Loquat: